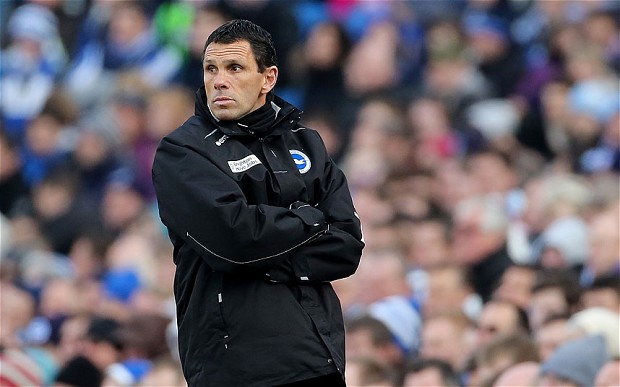 Sunderland manager Gus Poyet has already had rows with the higher ups at the club after holding meetings with Director of Football Roberto De Fanti over who the Black Cats should sign during the January transfer window.

The two were locked in meetings over the international break in an attempt to agree on who they should pursue, with Poyet telling De Fanti that if he went ahead and made one particular signing that he would walk out on the club.

‘I’ve told him my opinions about everybody and I’ve told him what I think we should be looking for,’ said Poyet.

‘We talked about a position the other day and considered four players.

‘I picked two. It was simple.

‘One of the other two was a definite no. If that one is coming, I won’t be here.’

The Sunderland manager went on to say that he will have the final say, and will not accept the club signing players for him.

‘I’m sure the transfers are going to be done in the right way; in the common sense way,’ he continued.

‘Everyone has a responsibility and then the player has to be the right one for me.