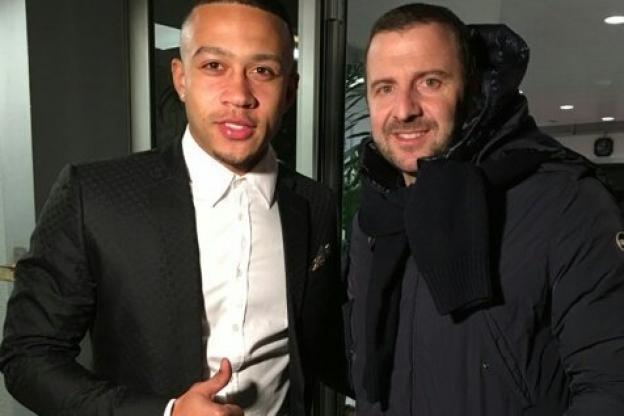 The transfer of Manchester United winger Memphis Depay to Lyon is already done, according to L’Equipe. The transfer fee that could rise up to £21.7m was accepted and now it’s only a matter of sorting out some details such as the player’s contract, and Depay is already in Lyon discussing terms. Jean-Michel Aulas, Lyon president, confirmed the deal.

The 23-year-old Dutch player will sign for four and a half years. This deal is a loss for the Red Devils as they paid £26.3m for him to take him to Old Trafford from PSV Eindhoven in 2015, especially as United will only get the full £21.7m once a number of contract clauses get triggered. But it’s still a big win for the Manchester club.

Depay was Louis van Gaal’s signing as the Dutch manager worked with the talented dribbler at the 2014 World Cup.

Depay featured only once under Jose Mourinho, at Northampton in the EPL cup, and hasn’t played much the season before either, becoming a full-fledged transfer flop. Depay consistently underperformed in training, didn’t seem to care about results, and in general the Dutch youngster seemed content just showing off as opposed to actually performing for the club and for the team.

“I have to say that in the past couple of months my decisions in relation to Memphis were influenced by the feelings and information that he would like to leave in January and that we were going to have a real offer that we would be willing to accept. That obviously influences me.

“If I know, if I have the feeling that a player is leaving – if I have to give chances and develop other players – then I go to Lingard, Mkhitaryan, Martial, the players I know 100 per cent who are going to stay with us. It is a position where we have more options.”