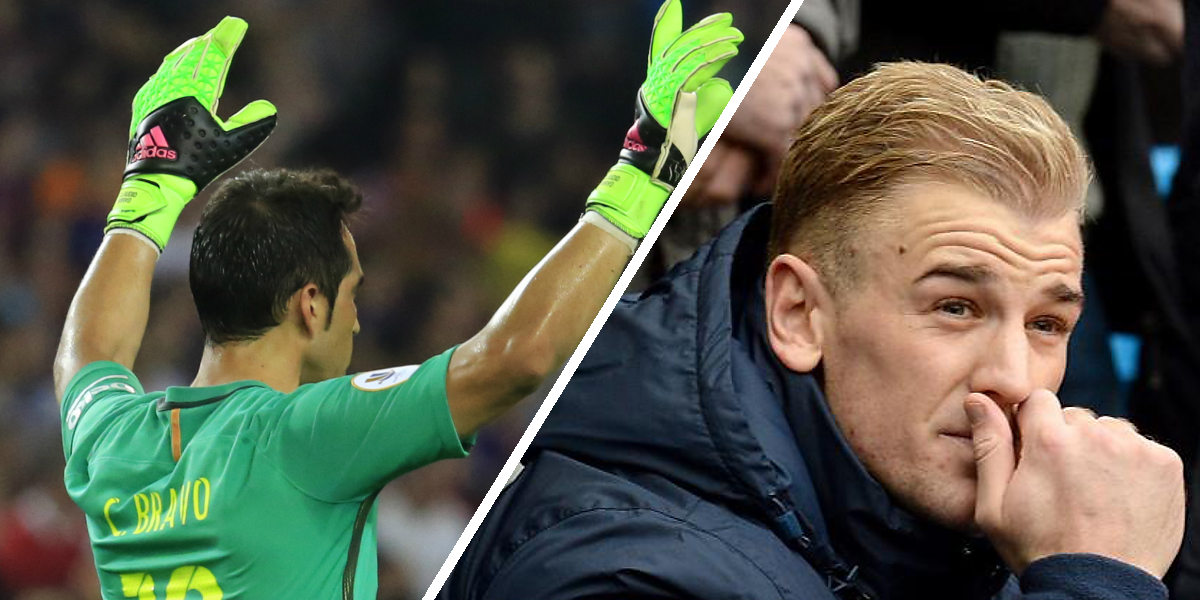 Barcelona have confirmed Claudio Bravo is likely to leave the club before the end of the transfer window. The 33-year-old Chile goalkeeper is a backup to Marc-André ter Stegen who is being groomed into a long-term solution for Barca’s goal.

Claudio Bravo saved a penalty in Barcelona’s 3-0 win over Sevilla on Wednesday night (pictured above) and left the field in tears, knowing his time with the Catalan giants is coming to an end. He is likely to reunite with his former boss Pep Guardiola at Manchester City.

Barcelona are looking to add Valencia shot stopper Diego Alves to replace Bravo, and that deal needs to happen before Barca will be willing to let the player go, as the first choice keeper Ter Stegen is currently sidelined with an injury.

“A lot has been said but I can only say that Claudio Bravo will be with us on Saturday,” Barcelona sporting director Fernandez told TV3. “After that, we will see. If in the end Bravo goes, another goalkeeper will have to come in first.”

Meanwhile, Pep Guardiola has decided to leave out the England goalkeeper Joe Hart from the opening fixture against Bournemouth and veteran Willy Caballero was between the posts. After this embarassment, Hart will definitely leave the club in this transfer window.

Everton, Borussia Dortmund and Sevilla are mentioned as the possible destinations for Hart, but those are just rumours for now, as Guardiola didn’t really announce what will he do to a long-time first City goalkeeper but just suprised everyone – probably even Hart – by the axe on opening day.

Hart is contracted to City until 2019 and has spent a decade with the Manchester club, having joined from hometown side Shrewsbury in 2006. He made a total of 347 appearances for the club and lifted the BPL trophy in 2012 and 2014. Hart, 29, also has 63 caps for England.