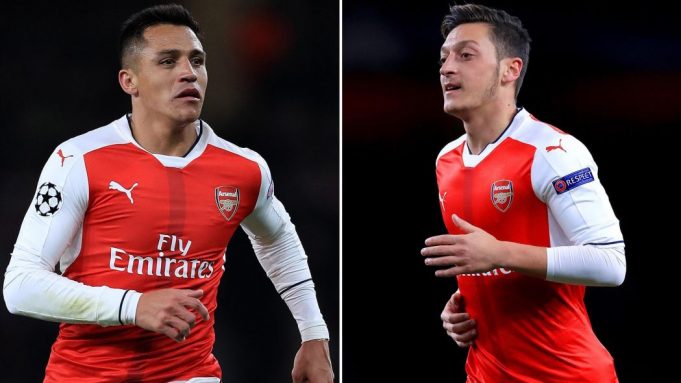 With so much speculation regarding Arsene Wenger’s future, along with Alexis Sanchez and Mesut Ozil’s happiness at Arsenal, what does the future hold for the North London club?

Arsenal supporters have protested for the Frenchman to leave his managerial position due to another unconvincing challenge for silverware. Arsenal are in the Semi Finals of the FA Cup, where they take on Manchester City at Wembley but the fans do not seem very confident.

The Premier League has gone a miss for the North London club since they last won it in 2003/2004 season and though consistently finishing in the top 4 and qualifying in the Champions League since Wenger took over as manager, the inconsistent league challenge throughout the years has the fans wanting a change at the helm. And with contract negotiations for Ozil and Sanchez at a halt due to both players wanting a huge increase in wages, speculation as to whether they will stay at the club is unknown.

Last season, Arsenal had their best chance of winning the league but were beaten to it by surprise winners, Leicester City. Last week, Arsenal were knocked out of the Champions League by Bayern Munich at the Knockout stages for the 7th consecutive year and Leicester on Tuesday night, qualified past the Knockout stages, into the Quarter Finals of the Champions League for the first time in the clubs history which would have been a hard pill to take for many Arsenal supporters.

Arsenal’s last trophy was the FA Cup which they won in the 2014/2015 season and though it was not long ago, a team of Arsenal’s stature should be competing for much more.

With the potential departure of Wenger and maybe Sanchez, Arsenal could have a lot of re structuring to do. With a new manager, the style of play could change and more importantly, will the club still be able to attract the players they wish to sign in order to again compete for silverware?