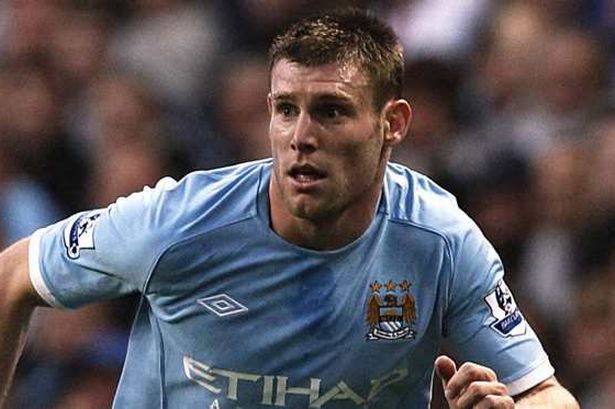 James Milner says that he cannot say why Manchester City has been so deadly at home this season, but hope the goal scoring will continue when they take on league leaders Arsenal at the Etihad on Saturday.

Despite mixed form away from home Manuel Pellegrini’s men have a 100% record at home winning all seven of their matches while scoring an incredible 29 goals.

When asked about the contrast between their home and away form Milner said:” Who knows? We have been playing pretty well away as well for most of the games, but we just haven’t had the luck or we haven’t finished our chances as well as maybe we have at home.

“But we are on form at home and we are scoring a lot of goals, so it is important we continue to do that.”

City put in a good performance in their Champions League comeback 3-2 win over Bayern Munich in Germany despite Pellegrini making seven changes to his squad, with Milner saying that competition for a place in the team is a good thing as they go into this weekends match which if City win would take them just three points behind the leaders.

“I think with the quality we have in the squad, there is always going to be competition for places,” said Milner.

“When you train every day you have to perform and when you get a chance on a Saturday or in the Champions League, you just want to get out there and play well.

“I think it’s healthy for the team that you have to play well to stay in it.”

Arsenal meanwhile lost 2-0 to Napoli away yet still qualified for the last 16 of the Champions League, while in the Premiership have been the team to beat which is of no surprise to the 27-year-old Milner.

“Arsenal have always been there or thereabouts over the last 15 years or so.

“They are a top side and they have quite a young squad. The more games the young players get together, the more they are going to be coming into form and believe.

“You see the form some of their players are in – Aaron Ramsey in particular – has been outstanding this year.

“But as long as we play like we have been at home, hopefully we can get another good result