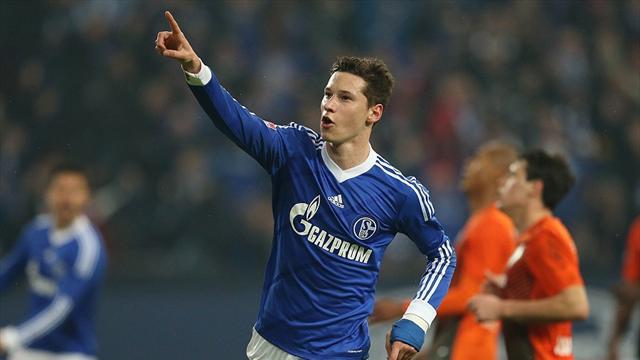 Nick Aston wrote in the Daily Mail that Rodgers was in Veltins-Area to watch the 20-year-old midfielder who is considered to be a replacement for Steven Gerrard in the long term.

The German international has already won ten caps for his country and is being watched by a host of Premier League sides that include Arsenal, Manchester United and Chelsea with the Blues willing to offer Belgium international Kevin De Bruyne as an incentive to Schalke in order to get the midfielder to move to Stamford Bridge.

While Liverpool are having problems in midfield Draxler would certainly not come cheap after having just singed a new contract with the Bundesliga side that will see him stay in Gelsenkirchen till 2018.