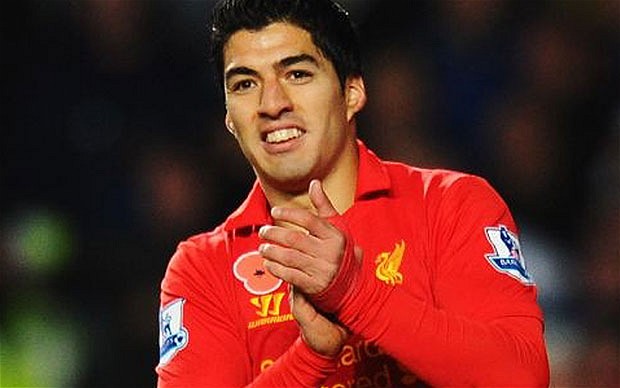 The Liverpool striker when talking to a French radio station said that he believes Liverpool can win the Premiership title despite the disappointing 2-0 loss to Arsenal at the Emirates.

“This season we started well, with the desire and hope. We do not have to compete in the European Cup which allows us to concentrate 100 per cent on the championship.

“The Premier League is very tight this season and anything can happen against anyone.”

Despite talk of Suarez leaving the club he has now settled back in finding the perfect striker partnership in Daniel Sturridge.

“When I was separated (from the squad), the players told me they didn’t like that and wanted me to be with the group,” he said.

“Today I feel much supported by my team-mates, and I appreciate their support.

“The support of the fans was also very important. I always could walk on the street with no trouble. I was never threatened or anything like that – the people told me to stay.

“I feel part of things at Liverpool. It is my home. I am comfortable and happy here – I work hard for Liverpool and I will always be thankful to the club, and to my team-mates.”