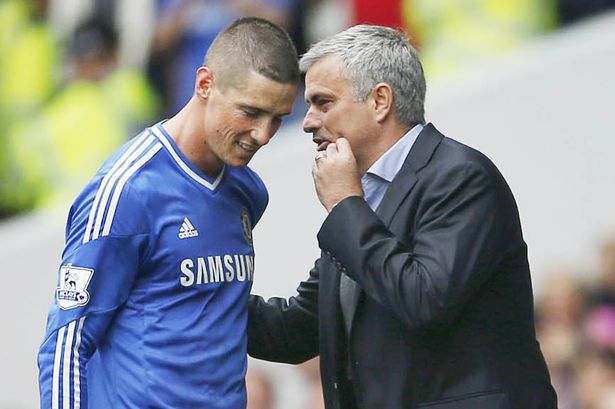 The Chelsea striker picked up a muscle injury on Monday during training that Portuguese manager Mourinho says will now force him to miss tonight’s match, and also the game against West Bromwich Albion at the weekend.

“Fernando we know has a muscular (leg) injury,” Mourinho said. “We don’t know the dimension. Scan tomorrow. Out for tomorrow and the weekend (against West Brom).

Meanwhile the Chelsea boss hopes that his team can recover from the 2-0 loss against Newcastle, and says he may have been exaggerating when he suggested that he had made 11 wrong selections for the game which saw the Blues six game unbeaten run come to an end.

“After that it’s the international break and we will see how he recovers.”

“When you win and win and win sometimes players forget why they win and they think they win just because they are good,” he said.

“There are many other ingredients in football matches that make you a consistent winner. At half-time I was telling them they were competing more in training than that game. They were playing like the goal will arrive, we don’t need to push, we don’t need to be aggressive.

“I’ve had lots of time to watch the game, to reflect about the game and I don’t change my opinion.

“But I don’t want to see the changes I make tomorrow as somebody’s paying for the defeat against Newcastle, which is not the case.

“It’s simply that I read the game and I read it once, twice, three times, try to analyse the way the people perform. And try to make changes not to punish people? Completely far from it, just to try to get the best team to win the game.

“Schalke have a very good record away from home, both in the Bundesliga and in European competitions. They are a very good team with very good players.”