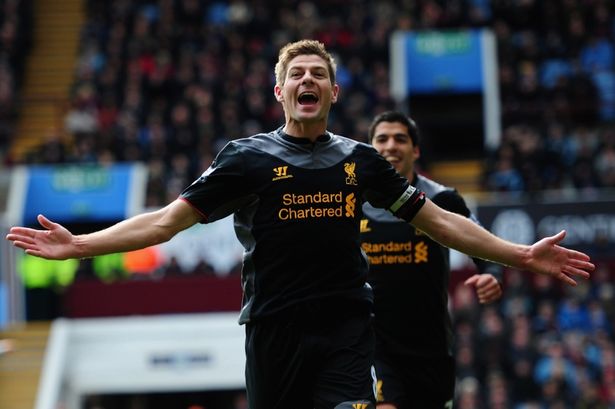 Glen Johnson admits that losing Liverpool team captain Steven Gerrard to an injury is a serious blow for the club, but says they have enough talent in the squad to cope while he is out.

Gerrard had to be substituted in the 4-1 win over West ham after pulling up with what appeared to be a hamstring injury, and is now ruled out for the Reds next match against Tottenham on Sunday, and could very well keep him out over the busy holiday fixture list.

Speaking about Gerrard, the Liverpool defender said: “Any team without Stevie is going to miss him, clearly.”

“We have got a good squad and hopefully that (Gerrard’s injury) is not as bad as it looks.”

Despite being currently second in the table behind Arsenal Johnson says he is not thinking about Liverpool’s chances of winning the league.

“Personally I don’t look at that. It is in the back of your mind but if we keep picking up points, we don’t have to worry about that, it will take care of itself,” he added.

“But we are good enough to be up there.

“We have some tough away games coming up. We only worry about the next one and I am sure we will step it up for the so-called bigger teams.”