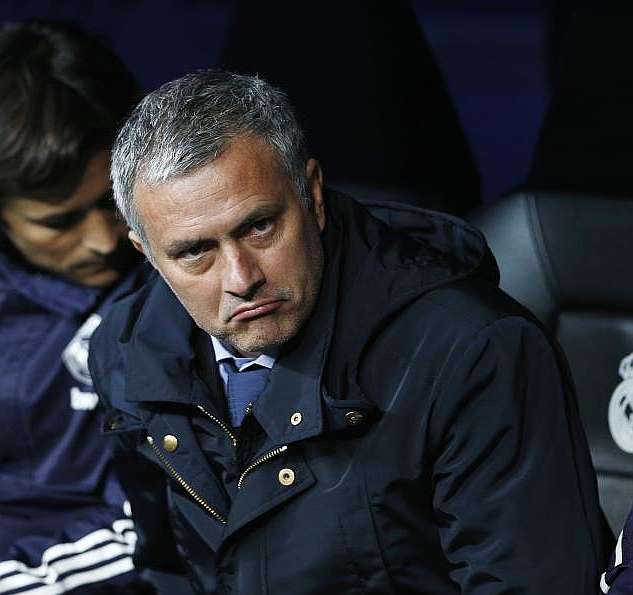 Chelsea manager Jose Mourinho has said that he will not be going to the transfer market in January despite the poor form of current strikers Fernando Torres, Samuel Eto’o and Demba Ba who between them have only managed to find the back of the net four times this season.

The Blues boss is starting to worry about Chelsea’s ability to win the title following their 3-2 loss at the Britannia Stadium against Stoke City, as the reason to let Romelu Lukaku be sent out on loan for a second season this time to Everton gets stranger each week.

The logical solution to Chelsea’s goal scoring problems would be to bring in a recognised striker during the January transfer window, yet the Portuguese manager has said he will not be asking for money, and will work with the squad he has, which given the goal scoring for so far and the number of goals the Blues have conceded sounds like too big a risk when you have a billionaire owner, and money available.

“If we had eight-10-12 goals [from the strikers] we would be top of the league. That’s a reality but my strikers give everything and the team works hard. What can you do more? We work, we keep working. That’s the only way I know is to keep working.

“It is my squad. For good and for bad it is my squad. Of course it is not the perfect squad, but it is my squad and I work with them until the last day. To criticise does not help me. What do I win by criticising my players? I win nothing.”

While Chelsea has scored 12 goals in their last four games they have also conceded six in just two games against Sunderland and Stoke pointing to the fact that their troubles may be more serous than just a lack of goals from their strikers.

“We are not speaking with me about my team being champions last year or finished one or two points behind. My team in the last two or three years in December was 15-20 points behind the leaders and I am saying we are building a team, a style of play with the players we have and of course we want the best results.”