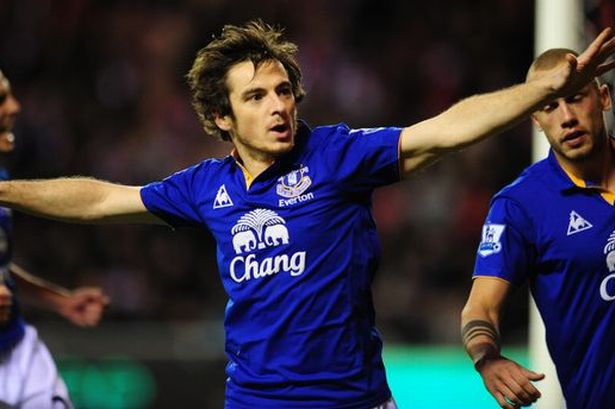 I can already hear the moans and groans from Manchester United fans as they see their great club slip down the table under the management of David Moyes, whose style of play is not something that the Old Trafford faithful are used to seeing on the “Field of Dreams.”

United’s loss over the weekend saw the Red Devils loose two consecutive games at home for the first time since 2002 while the man who replaced Moyes at Everton Roberto Martinez has taken the Toffee’s  to 5th in the table six points ahead of the 9th placed United.

Yet despite the slip down the table and a disastrous summer transfer window that saw the club sign his former Everton player Marouane Fellaini for what many consider a last minute panic buy for £27.5 million, the only player he looks likely to sign in January is another of his former players Leighton Baines.

United fans know where the club needs reinforcements, and it is of course in midfield yet if Moyes continues to not address the situation United could certainly be out of the title race for this season if not longer.

Moyes said: “In any transfer window you don’t want to be bringing in a full batch of players, so I think there’s a period of time that it takes.

“The last one was a difficult one after just joining the club, so we’ve got a window in January where, if we think if it’s right for the club, we’ll do so.

“If not, we’ll look again in the summer. This club is always looking to bring in the best talent and that won’t change.

“I don’t think I’ll feel under pressure personally to do it [buy in January] as I’ll try to do the right things.

“I tend to take my time and try to assess what are the best talents to bring in. You can see that from the players I brought in at Everton.”

Will the United faithful stick with a manager like Moyes while he continues to be cautious in what he calls a “period of transition”, or will the calls for a new man to be brought in start to be heard from the Stretford End?