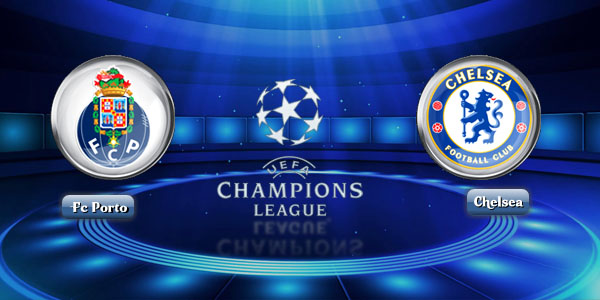 Following a come from behind 2-2 against Newcastle United at the weekend Chelsea boss Jose Mourinho is left with more questions than answers as the Blues poor start to the season continues.

For Mourinho the chance to win the Champions League with three different teams has a big appeal to him, no matter what he may say publically, and while he said he would have liked to have been able to make six substitutions against the Magpies, we feel he will put out a very strong team at the Estadio do Dragao tonight when they take on Mourinho’s former club Porto in their first-leg Group G clash in Portugal.

Despite Mourinho’s criticism of the team he put out at St James Park, we only expect to see two big changes with Costa staring in place of Remy, as his domestic ban does not count in European competitions. We also expect to see Captain John Terry back in the team despite having being marginalized of late with Mourinho calling on the veteran to provide leadership in defence.

John Terry should start in place of Kurt Zouma alongside Gary Cahill while César Azpilicueta continues at left-back, and while we have questions marks about Branislav Ivanovic we still expect to see the Serb at right-back rather than new signing Baba swapping sides with Azpilicueta.

Both Fabregas and Matic have looked out of form this season, yet following a talk by Mourinho we feel they will both be starters as will the underperforming Eden Hazard who must surely step up and prove just how good he actually is as we all witnessed last season. Man of the match Ramires will be on the bench along with the other goal-scorer from the Newcastle match Willian as the Blues boss sticks with Oscar and Pedro.

Now here is the one area Chelsea were really missing at the weekend, and that of course is Diego Costa, with the Brazilian born Spanish international ready to force former shot stopper Iker Casillas to pick the ball out of his own net on what he hopes will be numerous occasions.

Chelsea should win the match easily if they turn up ready to play, having not lost to Portuguese opposition in their last eight games  including the 2013 Europa League final against Benfica.