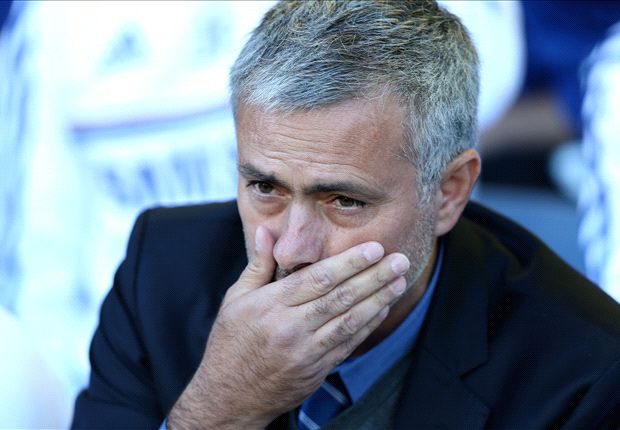 Chelsea manager Jose Mourinho was stunned yesterday as his side failed to make their superiority count going down to Everton by a score of 1-0 at Goodison Park.

Chelsea saw plenty of opportunities pass by with main culprits Samuel Eto’o and Andre Schurrle in particular failing to score, with the only goal coming from the head of Everton’s Steven Naismith in the 45th minute.

Chelsea just could not find a way to get the ball past Everton’s Tim Howard despite having the majority of the ball in the second half.

Mourinho told Sky Sports: “I don’t know if I have to say we didn’t deserve to lose, or if I should say we deserved to lose.

“In that sense it is fair to say we deserved to win the game.

“But the other way, a team that has 21 shots, some of them easy shots and easy situations to score and we don’t score and we have a mistake in the last minute of the first half…

“Maybe with that I should say we deserve to lose.”

Mourinho would not single out Cameroonian international Samuel Eto’o as the reason his side could not score, but it would be fair to say that he squandered some of the Blue’s best chances.

“It was not just him. I think Schurrle has missed three big chances to score, other players also had chances, but I don’t like to be critical,” he added.

“I prefer to analyse the game with the two perspectives I told you before.”

Mourinho also did not want to comment on what to his was a penalty when Oscar went down after a challenge from Sylvain Distin and Leon Osman.