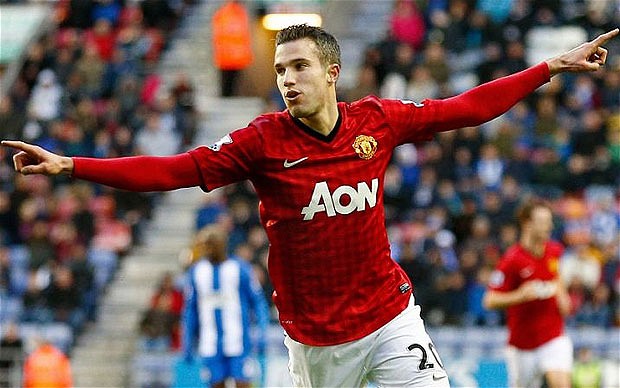 Dutch international striker Robin van Persie would like to stay at United beyond his current contract which still has three years left to run.

The 30-year-old won a Premiership title medal with Manchester United last season after not having won anything in eight years with Arsenal.

RVP told MUTV: “I have three more years to go and I would like to stay longer.

“I want to play as long as possible at the highest level. Winning trophies is what it is all about.”

Van Persie said his only regret was not being able to score in the Champions League game with Real Madrid that saw his teammate Nani sent off on a controversial Red Card.

Madrid went on to win the match 3-2 on aggregate which van Persie hopes they van have a longer run and even win the competition this season which starts on Tuesday when they take on Bundesliga side Bayer Leverkusen.

Van Persie said: “It is probably my only regret about last year.

“The referee played an important part but I should have scored at least one or two goals in those games.

“I didn’t, which I don’t like. I have to improve on that. Hopefully we can do better this year.”