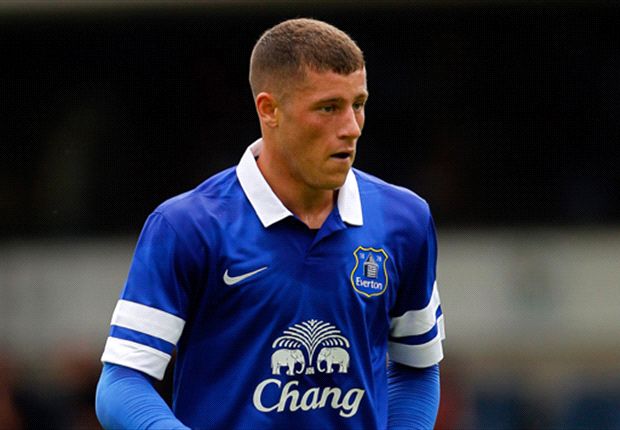 Now I have only watched the Everton youngster Ross Barkley twice this season first against Liverpool in the local derby, and then again yesterday when Everton played Arsenal at the Emirates.

I have to say that on both occasions I was highly impressed with his play and how eager he is to take the ball forward it is like a breath of fresh air to see an English youngster with so much talent that he is being likened to Paul Gascoigne when he was at his best.

Believe it or not the title that has already been selected for England’s first match against Italy in the Amazonian city of Manus and it is, and I am not joking “Carry on up the jungle” as Roy Hodgsons team flirts with comedy and despair.

When it comes to the pundits in the football world everyone of them is so cautious in their assessment of Barkley that no one will stick their neck out, and say that this is the type of player we need in the team for the World Cup, and player that will light up the stage he has been given, and while yes you can point out that he is still young, and yes he does sometimes make the odd mistake what I witnessed in the two games I watched was a player that along with Andros Townsend needs to be in the England team in Brazil.

England’s current obvious midfield is Gerrard, Wilshere and Michael Carrick, yet I think Hodgson could certainly consider Barkley as a replacement for Carrick in his squad.

“Remember, when you deal with players, you don’t take into account their age or the experiences they have had,” Martínez said.

“Ross is an incredible person and so mature and has a real love for the game. I’ve never seen an English player with that sort of mentality and I’ve had the privilege to work with many youngsters who have been successful.

“We needed to find a role for him, specifically off the ball, and then he needs to be able to express himself. I’ve got great admiration for Ross. He’s got great potential. We need to give him time, we have to recognise him as a real English diamond. He isn’t ready yet and it will take time but he has everything to mark a real era in our football.

“I think the manager of England has to decide what role, if any, he wants for Ross. But what we need to do is make sure we give him another 50 starts to see his evolution. Any player needs to develop an understanding and learn how to be effective and I think that’s what Ross needs. I think I can say the same for all the youngsters on the pitch.

“In this country we need to be more protective of our youngsters, because in Ross we have someone who, if we look after him properly, can give us something unique.”

While Martinez is obviously cautious of his young talent being throw under the spotlight in Brazil you do not win big competitions by being cautious, and to have Barkley in your squad is not something Hodgeson should go to Brazil without if he wants to have a chance of showing the best England has to offer.