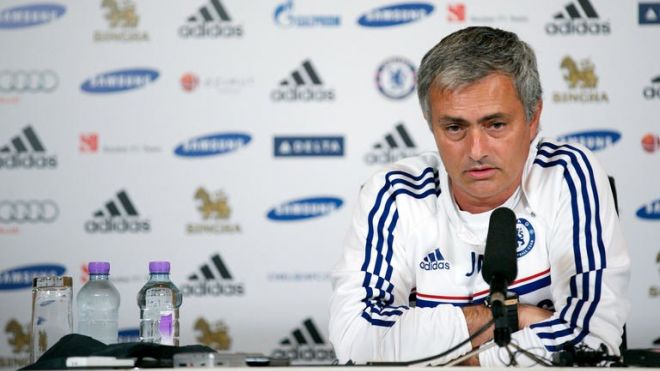 Chelsea manager Jose Mourinho is now questioning the decision as to why referee Chief Mike Riley apologised to West Bromwich Albion following his award of a controversial penalty in the match at Stamford Bridge earlier this month, and wants to know what implications this could mean for other referee’s.

The visitors appeared to be all set for a famous away win before referee Andre Marriner awarded Chelsea a penalty deep into extra time when Ramires went to ground after colliding with Baggies Steven Reid.

Eden Hazard easily converted from the spot to give Chelsea a share of the points that had West Brom manager Steve Clarke up in arms.

Riley has now issued an apology to West Brom that Mourinho feels is a public exposing of Andre Marriner, and would like to know if this is something that will now happen over future controversial decisions made by referees.

“I’m very curious to know the consequences of it,” said Mourinho, speaking ahead of Saturday’s match at West Ham.

“At least now the referees know, they know one thing. If in a controversial – I’m not saying a mistake – decision that hypothetically – and, I repeat, hypothetically – favours Chelsea, they know they are going to be publicly exposed by their boss. That they know.

“They can make, hypothetically, mistakes, favouring other teams, nothing happens.

“I’m interested to know if this is the start, that from now on it’s going to be the same for everybody.”

Mourinho is curious to know whether or not Hull, Norwich, Swansea and Aston Villa also received phone calls for perceived mistakes made by referees against them.

When questioned over West Brom defender Jonas Olsson’s claims he was called a “Mickey Mouse player” in the tunnel by the Chelsea manager he would not answer only saying:

“Giant players, giant coaches and giant clubs, they don’t speak about what happens in the tunnel.”

“The game is a game, the game finished, in the tunnel sometimes a couple of things happen, a couple of words, not aggressions, nothing.

“But giant clubs, giant players and giant managers, they close their mouths. And the next day is another day.”