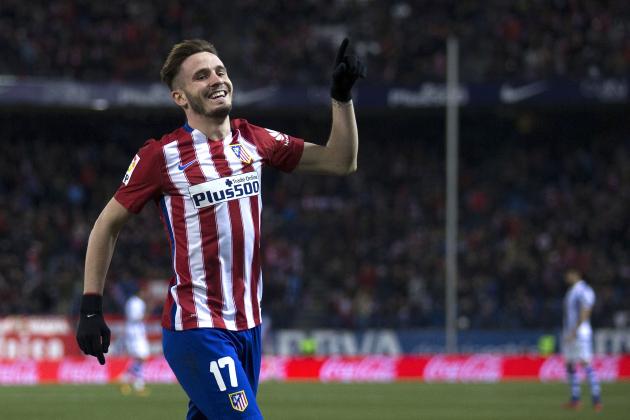 With Arsenal manager, Arsene Wenger already planning to replace several players during the summer the 66-year-old Frenchman has turned his attention to Spain’s La Liga in search of young talent.

One player Wenger has got his eye on is Atletico Madrid prodigy Saul Niguez, who despite having a £34.7 million release clause built into his contract the Gunners boss, would like to bring to the Emirates.

According to Spanish daily football newspaper AS Arsenal is prepared to battle Manchester United for the up and coming youngster following a very successful loan spell with Rayo Vallecano last season.

The 21-year-old is currently on the cusp of making his first senior call up to the Spanish senior team adding to the Premier League duo’s desire to sign him this summer.

Have a look at him in the video below and tell us this boy does not have a bright future ahead of him.