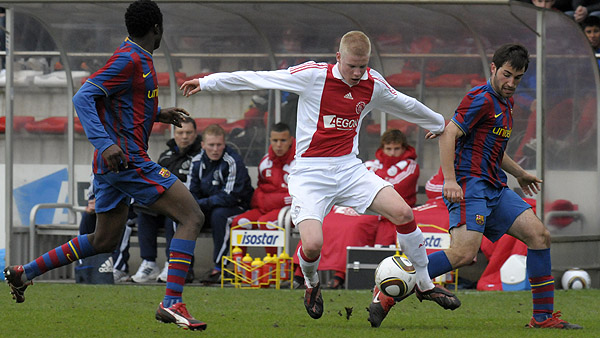 Arsenal scouts were over in Holland at the weekend to watch 20-year-old Ajax of Amsterdam midfielder Davy Klaassen as he scored a hat-trick against NAC Breda.

Even though he primarily plays in midfield the youngster is quite capable of playing in a centre forward position that has people comparing him to Dennis Bergkamp when he was a young player.

Klaasen has been taking the Dutch Eredivisie by storm this season scoring six goals in ten games for his club, while scouts from across Europe have been flocking to the Amsterdam Arena to watch him play.

Klaassen is being tipped as a member of Holland’s World Cup squad which means clubs might want to make a January offer before his price could increase.