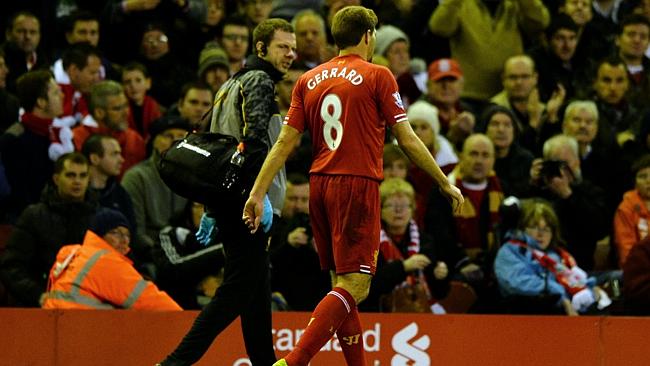 Liverpool captain Steven Gerrard is to be out for at least eight weeks after sustaining a hamstring injury during the 4-1 win over West ham last weekend.

The injury comes at a crucial time for Liverpool as they enter the busy holiday period and a string of away games against Tottenham, Manchester City and Chelsea.

Gerrard’s importance to the team is heightened by the fact that no other player in the Premiership has more assists than him so far this season.

Liverpool is already without striker Daniel Sturridge and left-back Jose Enrique, but Daniel Agger is expected to return to the team following illness, with Joe Allen and Lucas Leiva expected to play in every match while the team captain is out.

The coming weeks will certainly be a test to see if Liverpool has the top-four credentials that Rodgers is striving four, with goalkeeper Simon Mignolet confident that the team will step up following the injury to Gerrard.

“Steven is obviously very important for us,” Mignolet told the Liverpool ECHO.

“He delivers the ball into the box with such quality. It wasn’t nice to see him going off the pitch like that.

“But we have a decent enough squad to deal with injuries and cope with these kind of things. I am sure someone else in the dressing room will be ready to step up.

“We have other leaders in the team as well and we must continue playing in the same way.

“Every game we go into hopeful of getting the three points and we will go to Tottenham and be positive.”