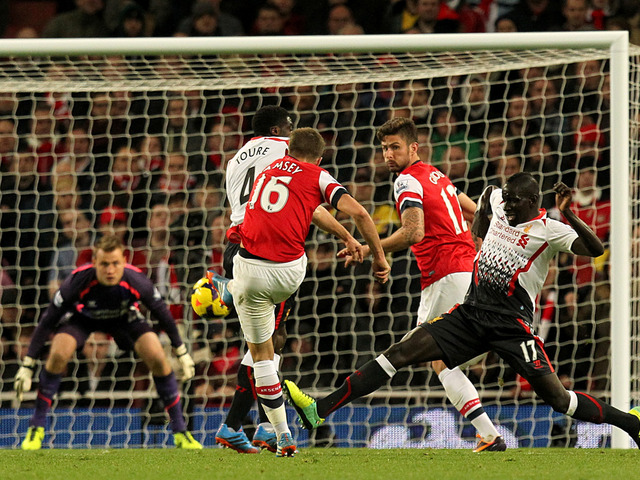 Liverpool manager Brendan Rodgers admitted right after the match that the Reds were beaten by a better team following their 2-0 loss to Arsenal at the Emirates.

Liverpool started well, but it was Santi Cazorla that gave the Gunners the lead in the 19th minute after which they never looked back creating the majority of chances.

Aaron Ramsey sealed victory for the home side when not finding an open made produced a text book half-volley to seal the victory.

“I thought the best team won. Their mobility and passing was better than ours and we could’ve done better with the two goals,” Rodgers told Sky Sports.

“We kept going all night, the players have been brilliant in their application. They went right to the end.

“We created chances, we just couldn’t put the ball in the net.”

Despite the disappointing result Liverpool are still joint second in the league and can be happy with their impressive start to the season with Rodgers adding: “I said that after 10 games it’s a good analysis, you can look at the league and see where you’re at.

“I think what we can see is my players have been brilliant in this opening period, we’re gonna be in with a shout.

“We understand the competition is great, but so far we’ve shown enough that we can be in with a fighting chance of the top four and that’s what we’ll be aiming to do.

“We’re in that top four, we’ve just got to put this game to bed, learn from it and win our next game.”