Athletico Madrid’s star striker Columbian Radamel Falcao says he can score as many goals as Ronaldo, and Messi this season challenging them for the title of top goalscorer in La Liga.

The 26-year-old scored 24 goals for Athletico in his first season with the club, and says he can improve on that this season.

“It’s up to me to improve on what I did last time around and that’s my aim,” Falcao was quoted as saying on the official Liga website.

“Messi and Cristiano Ronaldo’s goal tallies aren’t out of my reach. But what I most want is to have a good season for the fans.

“I’m really looking forward to this new season. As for me, I’m better acclimatised to the Spanish league.

“We’re really looking forward to improving on what we achieved last year, both individually and collectively.

“The team is more settled now and we know each other better.”

He has certainly made a good start to the season in Athletico’s destruction of Bilbao 4-0 Monday night at the Vincent Calderon scoring his first hat-trick of the season.

Coach Diego Simeone was full of praise for his star striker saying it was almost perfection.

“Falcao had an extraordinary game, almost perfect,” the Argentine coach stated at his post-match press conference.

“I especially liked all the guys who came off the bench [Adrian, Diego Costa and Tiago], too. We have to know that we have strength in the team because there are options, something that gives us optimism.”

The Argentine coach then turned his attention to Friday night’s European Super Cup match against Chelsea in Monaco saying he is full of respect for the London side.

“Chelsea are a powerful team both football-wise and economically, and we, with humility and hard work, will try to have a good game.”

Friday’s match in Monaco kicks off at 20:45CET. 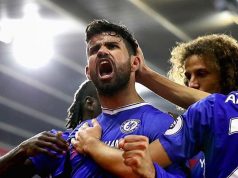