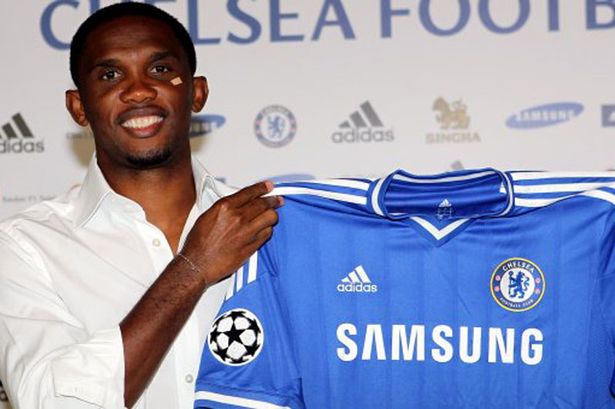 After having two bids rejected for Rooney Chelsea gave up on their quest and signed Cameroon striker Eto’o from Russian club Anzhi Makhachkala on a one-year deal.

This then allowed the Blues to let Belgium international youngster Romelu Lukaku join Everton on a one-year loan.

“In the case of Samuel Eto’o, it was an open secret that we wanted Wayne Rooney and I don’t need to explain what the idea is behind wanting a player like Rooney,” Emenalo told Chelsea’s official website.

“But we are not desperate and we know for the future we have Romelu Lukaku and incredible hope that he will come through and lead the line. People keep forgetting that he is only 20, and looking at the short-term plan, we don’t want to put too much pressure on a young player like him.

“So if we weren’t able to get Rooney and we had Lukaku, Ba and Torres, we felt comfortable with them but we also felt comfortable to bring Eto’o to give us a little bit of competition, because we wanted to freshen up that position.”

Chelsea remains unbeaten in the Premiership so far this season after their nil-nil draw with Manchester United, but has relied on goals coming from midfield.

Emenalo added, “We have every confidence in Torres, Ba and Lukaku but with Eto’o we have bought experience.”