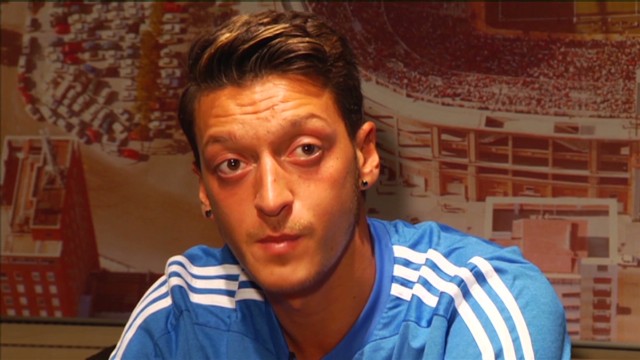 Real Madrid president Florentino Perez is busy running around doing damage limitation over the sale of Mesut Özil to Arsenal by saying that the 24-year-old German international was not professional during his time at Real Madrid.

All this is going on while other Real Madrid players cannot understand the president’s decision to sell Özil to the north London club.

Most people however are in no doubt that his sale was to help fund the signing of Tottenham’s Gareth Bale for a world record $129 million.

At the end of the month club President Florentino Perez will meet with the directors to explain the clubs transfers, and is expected to tell them that Özil was sold due to his unprofessional attitude.

When Özil arrived in Madrid he was a devout Muslim, but Perez claims the Spanish capital changed him he told the Spanish website ABC.es :”Mesut discovered the world & became obsessed with women, a world that was alien to him before.”

Perez continued: “It wasn’t about the women but about the late nights, the hours spent not sleeping. He wasn’t a good professional.”

According to Spanish newspaper El Mundo: Özil was let go due to his “mad passion” for Venezuelan model Aida Yespica that had the young German spending 18,000 euro’s every two weeks on private jets to fly to Paris and Milan with the paper adding: “The early morning trips, extended to the last minute of passion, led to a down which affected his performances.”

It was Özil’s infatuation for Aida Yespica and party lifestyle that led Real Madrid to be happy to see him be sold to Arsenal.

This is the story Perez will tell to the directors but all the fans know it was really about getting back some of the money he had paid for Bale.