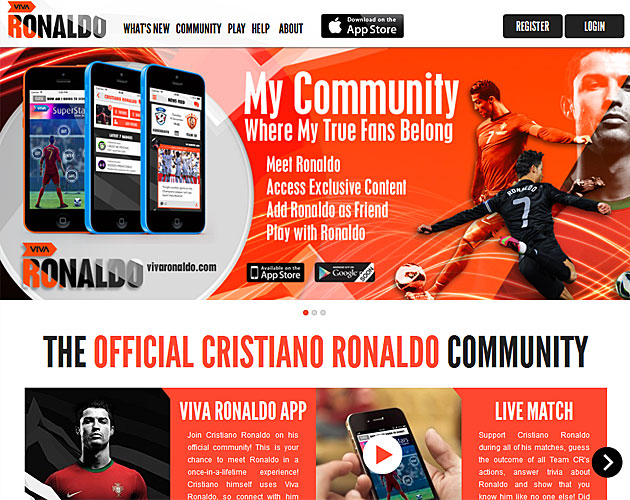 Real Madrid star striker Cristiano Ronaldo already has his own clothing and jewellery lines, as well as planning to open a museum in Portugal all about himself, but that is not enough for the Portuguese international who feels that the world needs a new social network in the style of Facebook where everybody can keep a track of what he is doing while chatting about their favourite football player.

You can join the other millions of Ronaldo followers now by simply downloading an app called “Viva Ronaldo”, and signing up.

Cristiano is quite proud of the new app saying: ‘It is a unique experience that we are offering my fans from around the world.’

Currently the former Manchester United winger has about 90 million fans on Twitter and Facebook so it will be no surprise if the new app that promises fans to get even closer to their idol will not be a huge success.