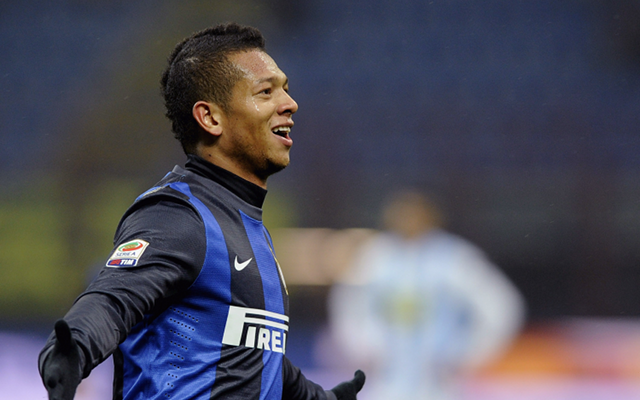 Manchester United have made the signing of Inter Milan’s Fredy Guarin one of their top orders of business this January as they look to reinforce the midfield.

United manager David Moyes has already dispatched club officials to Italy in order to arrange a deal, but Chelsea hope to trump United by already making a cash offer for the 27-year-old believed to be £10 million cash plus another £5 million in add-ons.

Chelsea manager Jose Mourinho did say that the Blues would not be going to the market this January, but with the title race so close he has reconsidered his position.

United is yet to respond to Chelsea’s firm offer for the box-to-box Colombian midfielder, but given United’s failure to sign the players they wanted during the summer Moyes needs to have a successful January if he is to starve off criticism from the fans.