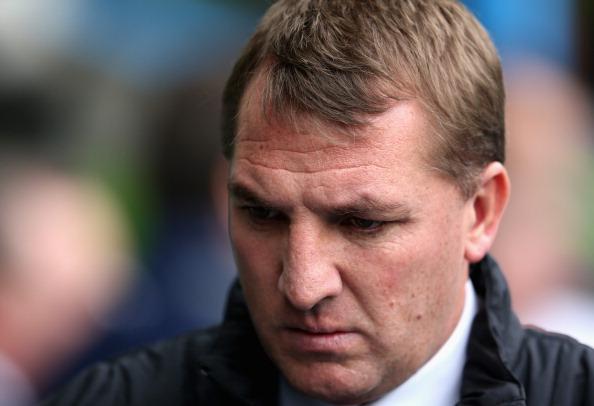 Liverpool manager Brendan Rodgers has admitted that the Reds never got going yesterday against Southampton, and deserved to see the unbeaten run end.

It was a second half header from Southampton’s Croatian defender Dejan Lovren that gave the saints a 0-1 win at Anfield condemning Liverpool to their first loss of the season.

The Liverpool boss had no complaints over the loss and conceded that Liverpool struggled against a well organised Southampton that played high up the field never allowing the Reds to bring the ball out from the back.

“I just thought we never got going really,” Rodgers told Sky Sports. “I thought in terms of our tempo and technically we were nowhere near the level we have been at and it is obviously very, very disappointing having not lost for quite a long time in the league, I think it was March and funnily enough against Southampton.

“We have been on a real tremendous run but today, from the first whistle, we never really got going and we suffered from that.”

It was a corner that delivered the fatal blow, but Rodgers while disappointed with the result says his team will come back.

“We will recover from it, the players have been outstanding in this little run and we are just disappointed we couldn’t put on a performance today and we are always, always disappointed when we don’t win here at Anfield.”

Rodgers was also disappointed in the call from referee Neil Swarbrick when he decided not to award Liverpool a penalty in the first half after Daniel Sturridge appeared to be clipped by Southampton’s Lovren just inside the box.

“It looked that way [a penalty], he nicked it past the guy who obviously has not got any contact on the ball.

“Sometimes we will get them, but obviously today we didn’t.

“We huffed and puffed today, the speed in our game was not up to the level we normally have, but we will go again.”

“It didn’t help we have got a number of injuries and Kolo and Sakho did terrifically, and it was case of trying to make do with the players we have got.”

“Jose Enrique has got a wee bit of a problem with his knee so we are trying to manage him through these next few games and we decided today was maybe the day to do that.”