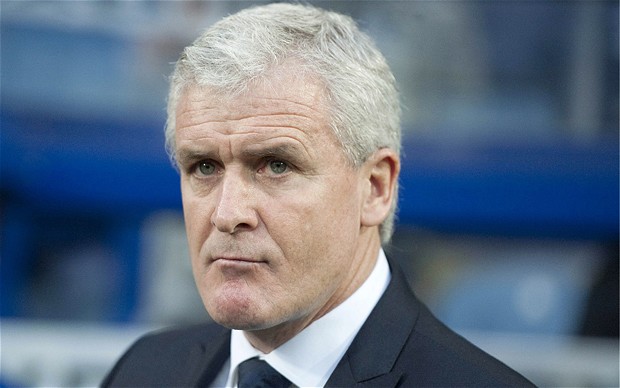 Those are the words of Stoke City manager Mark Hughes ahead of the Potters clash with Arsenal on Sunday afternoon.

The Stoke City manager thinks that Arsenal manager Arsene Wenger who is in the last year of his contract with the Gunners is running out of time to win some trophies with the club, and believes that  there is no excuse for a big club like Arsenal not to have won something in the past eight-years.

“Does he have to win something? That is a given,” Hughes told reporters.

“It would be a big wrench, he has a big emotional attachment to the club and rightly so.

“He has led them in changing grounds and building different teams for different periods, so I can understand his reluctance to walk out on that.

“He is an honest man and he might think it is time to give someone else the opportunity to bring the trophies he hasn’t been able to recently.”

Hughes and Wenger fell out with each other after the Welshman refused to shake Wenger’s hand while he was manager of Manchester City, and admits the two have yet to make up.

“We’ve not made up,” he admitted. “To be honest I’d forgotten about the handshake. I do have the utmost respect for him. On occasions I get a little bit emotional and try to protect my team.

“We get a bit silly.

“Usually you then park it and go on to the next game.”