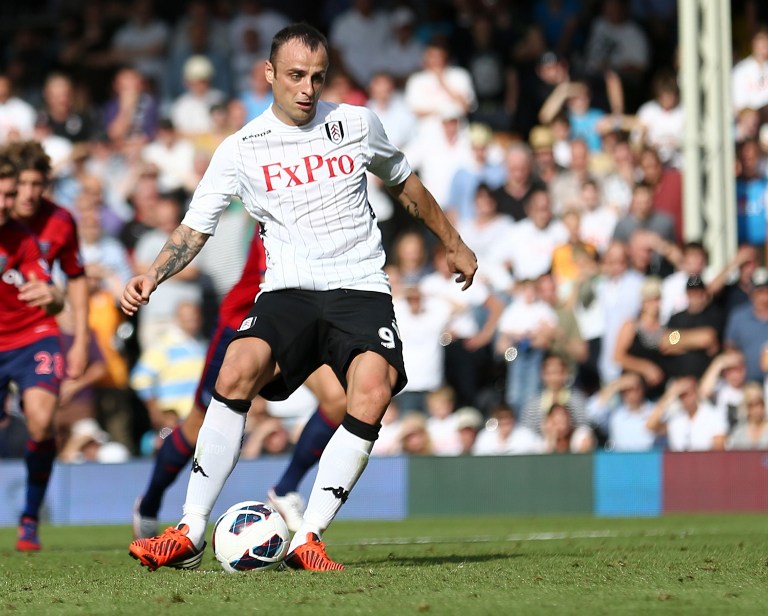 Fulham’s Bulgarian striker Dimitar Berbatov is a surprise January target for Barcelona as they look for cover for the injured Lionel Messi.

Barca manager Gerardo Martino is a fan of the former Manchester United and Tottenham player and is said to be intrigued by his technique.

While Martino still has faith in Neymar, and Chilean Alexis Sanchez the Argentinian manager would like to have an experienced back up just in case, and thinks they can land the 32-year-old Berbatov without too much cost with many other world-class players he has considered  such as Robert Lewandowski and Manchester City’s Sergio Agüero costing considerably more.

Berbatov is out of contract with Fulham, and Barcelona believes he may be allowed to leave in January for a cut price deal if he refuses to sign another contract with the London club.

It remains to be seen how much in wages the Bulgarian striker would demand and whether he would be happy to have much less playing time that he does at present.

Meanwhile Messi is thought to be out for at least eight weeks with a hamstring tear that he acquired last weekend in a match against Real Betis.