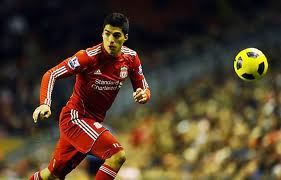 As Liverpool prepare for next weekend’s derby with Everton, club owner John W. Henry is sending his own private jet to Montevideo in order to make sure the Liverpool star is whisked back to Merseyside in time for the big game.

Liverpool’s star player was all set to return to the U.K. from International duty with Uruguay on Friday just one day ahead of the clash with Everton.

Uruguay take on Jordan in a playoff for a World Cup berth in next summer’s World Cup in Brazil in what should be a formality after beating Jordan 0-5 in the first leg in Amman.

The game does not kick off until 11pm GMT Wednesday night prompting Henry to send his private jet from Boston to South America to pick up Suarez and get him back to Liverpool a day earlier than he would have done otherwise.

The clubs American manager is excited by the start Liverpool has made to the season, and wants to do everything he can to keep them in the title chase until the transfer window opens in January, at which time manager Brendan Rodgers has said he wants to add reinforcements to keep the top four finish alive.