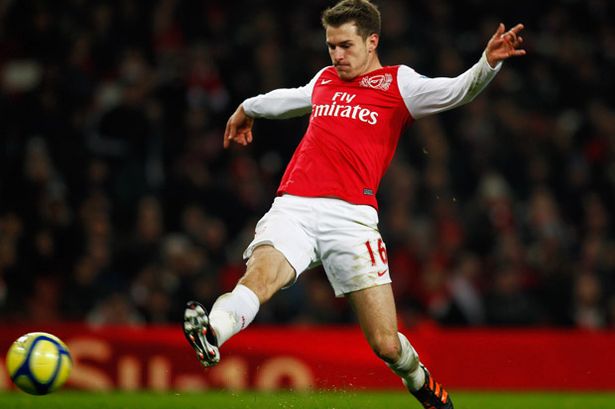 Arsenal manager Arsene Wenger praised his squad following their 3-0 win away at Cardiff that now has them seven points clear at the top of the table. In particular he signalled out Arsenal midfielder Aaron Ramsey calling his performance “phenomenal.”

“He was phenomenal,” said Arsenal boss Wenger. “He keeps surprising me. He has matured as a player and as a person.

“He can still develop. When you see the improvement in him in the last two years then why should he stop now?”

Ramsey had joined Arsenal as a 17-year-old from Cardiff in 2008, and it was the first time he had received a warm welcome from the home crowd before the match in which he scored two goals.

Ramsey did not celebrate either goal but did a Cardiff celebration known as the Ayatollah by the Cardiff supporters in which a player taps his head with both hands.

“It’s a special pressure when you come back to your home town,” said Wenger. “He couldn’t deal with that a few years ago.

“We came here in the FA Cup and he had a very difficult game, but now he shows how much he has developed as a person.

When talking about the reception he had received from the Cardiff fans Ramsey said:

“The reaction of the fans was fantastic. We don’t see that a lot and I would like to say to the crowd I really appreciate it.”

So far this season Ramsey has scored 13 goals in all competitions, and when Wenger was asked if a big offer came in would you sell him.

“No,” the Frenchman replied. “We don’t want to sell anybody, we want to keep the team together. I’ve suffered enough for years for having to sell the players. Now we are in a stronger position financially.

“I was a midfielder and would have loved to have what he has. He can defend attack and score goals. What more do you want? He is also young – another quality that I have lost.

“There’s more to come. If he continues to play like that then he will have a good future with Wales.”