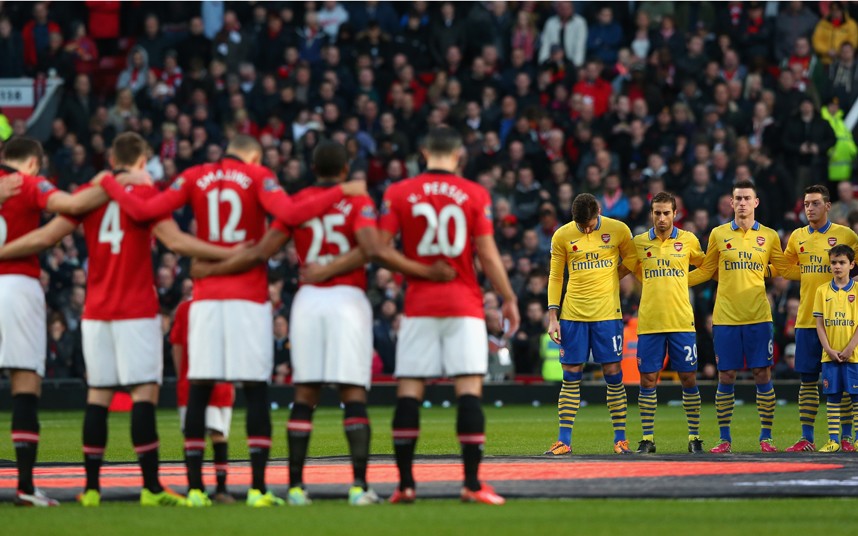 Following Arsenal’s disappointing 0-2 loss at the Emirates to Barcelona in the Champions League Tuesday evening, Sky Sports football pundit Graeme Souness feels that the Gunners will prove to be too much for Louis van Gaal’s Manchester United when they meet at Old Trafford on Super Sunday, despite a convincing 5-1 by the Red Devils over FC Midtjylland in the Europa League on Thursday night.

When writing about Manchester United’s win over that Danes Souness said: “It’s a difficult time for Manchester United, and a difficult time for Van Gaal. They were playing a very poor Midtjylland team, one I think would struggle in any of the English leagues, even the lower divisions, and the players United have signed have not lived up to expectations, with the possible exception of Anthony Martial. He could be a star in the future”.

Meanwhile Arsenal will be looking to put their loss against the mighty Barcelona in the rear-view mirror and build on their most recent win over Premier League leaders Leicester City.

While talking about the Gunners title chances Souness said: “By beating Leicester, they opened it up for themselves and the other title chasers and I’d put them equal favourites with Tottenham. If I was a gambling man, I’d be stuck between the two and injuries going forward might determine the outcome”.

“Welbeck’s return could be timely, and he’s one who will be hoping he’s in the starting eleven and gets to rub salt into the wound. He was at United from a young age, and he’s a Manchester lad, so in that situation I would certainly be wanting to prove they were wrong to let me go. There will be a part of him that feels rejection, and that’s a natural reaction – he should have that feeling”.

In conclusion the former Liverpool man sums up Sundays clash between the two Premier Ship bigwigs by adding: “When it comes down to it, I think Arsenal will have too much for United on Sunday. Van Gaal will have taken positives from Thursday, but they were playing an ordinary European team. For Arsenal, it’s time to put the Barcelona game out of their minds. They have to park their disappointment because it’s onwards on upwards”.

Our view here at Soccer Transfers is not to write off Manchester United because they were playing a lesser team from Denmark, and while we know LVG has a huge injury crisis to deal with the Red Devils can still upset Arsenal and give their Dutch manager a huge amount of breathing time with an unexpected win.