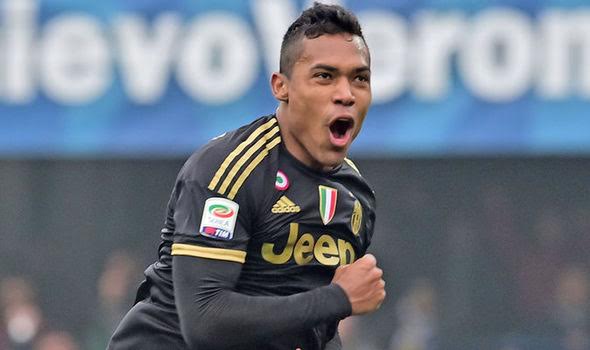 According to reports both Manchester United and Manchester City have suffered setbacks in their pursuit of Juventus left-back Alex Sandro.

With both of the Northwest giants looking to strengthen their defences during the summer as United currently limps through an injury crisis and City prepares to replace both Gael Clichy and Aleksandar Kolarov, Sandro is starting to look like a very attractive option.

The 25-year-old Brazilian international has started eight games for the Italian champions so far this season and see the former Porto man as the long-term replacement for Patrice Evra.

Juventus trainer Massimiliano Allegri considers Santos to be the second best left-back in the world behind Bayern Munich’s David Alaba and as such values him at a massive £35 million.

Italian news outlet Calciomercato claims that both City and United have made a bid for the Juventus ace, but that it is nowhere near the Serie A clubs valuation.