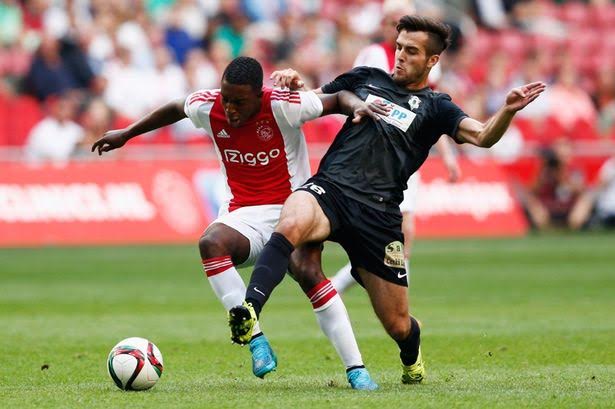 Arsenal has according to the Sunday People increased their scouting of Ajax youngster Riechedly Bazoer after having seen the 19-year-old dubbed the Dutch Patrick Vieira break into the Netherlands national team during a game against Wales in Cardiff three months ago.

The six foot tall midfielder is a regular in Frank de Boer’s team with over 100 first-team appearances for the Amsterdam side.

His displays have not gone unnoticed by other European big hitters either with Juventus, Napoli and Borussia Dortmund also thought to be keen on acquiring his services.

Knowing of the interest in their young star, Ajax have tied him down to a long-term contract which expires in 2020, meaning that any formal approach by another club would require a £15 million plus bid to temp Ajax into selling.

Have a look at the video below and see if you think he would be a good signing for Arsenal.