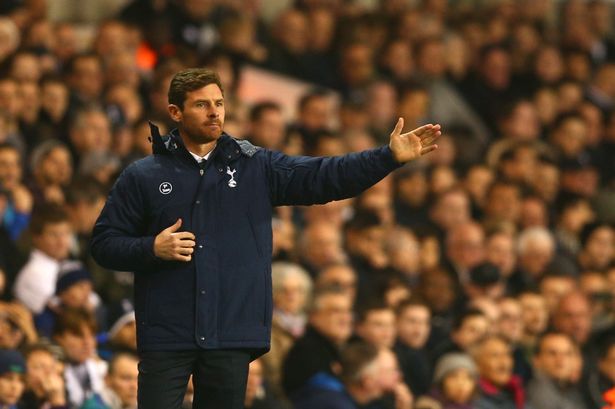 Despite backing from Spurs chairman Daniel Levy following a highly charged meeting that also included technical director Franco Baldini the Portuguese managers job seems safe for now, but AVB knows his future is less certain than it was just a couple of months ago, as the chairman starts to put together a list of possible replacements.

AVB’s stock plummeted yesterday in the betting markets following the loss as to the next Premier League manager to be shown the door, after the humiliating defeat that comes just a few weeks after a similar 6-0 defeat away to Manchester City.

When asked how much time he will be given to turn things around Villas-Boas said:’ That’s the only thing I can’t control, it’s not my call so I can’t say anything else.

‘I have to get down to work, that’s the only thing I can focus on.

‘The call to make that decision is not mine, because obviously I won’t resign and I’m not a quitter.

‘The only thing I can do is work hard with the players to get them back on track.

‘This is a top-four squad but in our Premier League form we are not there.

‘It’s not the points tally that’s the problem, it’s the expression of the results.

‘It’s the second expressive scoreline that we’ve suffered in the season, and we admit that in the Premier League things aren’t going in any shape or form the way we want.

‘All of us had high expectations for this season, we still have them. Again I repeat that we are not far off, but the distance is increasing for those Champions League spots.

‘And because of the expressive result it makes it even more difficult for us to bounce back.’