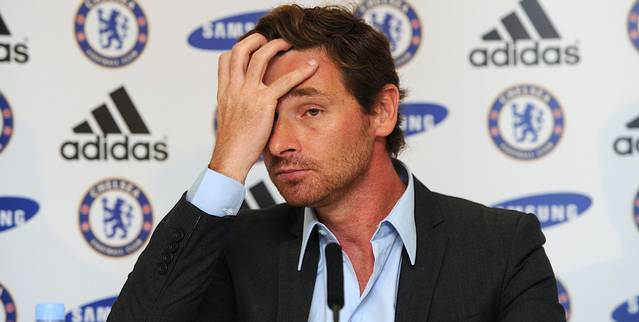 Tottenham have fired manager Andre Villas-Boas following the teams 0-5 loss to Liverpool at White Hart Lane on Sunday.
The massive loss to Liverpool seemed to be the final straw for the Spurs board following another massive 6-0 loss to Manchester City just a few weeks earlier.
A Spurs statement read: “The club can announce that agreement has been reached with head coach, Andre Villas-Boas, for the termination of his services.
“The decision was by mutual consent and in the interests of all parties.”
The former Porto manager had been about Spurs for just under 18 months after previously managing Chelsea before being fired by Billionaire owner Roman Abramovich.
The 36-year-old had plenty of offers to join other clubs in the summer including Paris Saint-Germain, but turned them down to stay working at Spurs.
Following the 100€ million sale of star player Gareth Bale to Real Madrid AVB spent the money on a host of players including Paulinho,Erik Lamela, Christian Eriksen, and striker Roberto Soldado.
Despite a relatively good start to the season a shock 0-3 home loss to a striker less West Ham started to raise questions over the strength of the club, and their inability to score goals.
Sky Sports pundit Jamie Redknapp says that the former Porto boss has paid the price for dismantling a Spurs team that were doing well.” After the job he did at Chelsea he was incredibly lucky to get that job in the first place,” said Redknapp, who is the son of former Tottenham boss Harry.
“He had a nightmare at Chelsea and then they went and won the Champions League without him, but he finds himself as the manager of Tottenham with a squad of Modric, Bale and players like that.
“Last year he did well with the previous manager’s team, but now he’s had his chance to do it, it hasn’t worked out for him.
“When you get beat 5-0 at home it’s a bit of a tell-tale sign. It’s not something Tottenham fans are accustomed to and I feel sorry to a certain extent for the fans.
“Having seen the team that was built – you look at Gareth Bale on the wing – and you’ve ended up with players who aren’t in the same league.”
Another Sky Sports Pundit Jamie Carragher has his reasons as to what went wrong saying: “Something’s just not right, I don’t think it’s a bad run of form here, I think there’s something not quite right with this team the way it’s been put together.
“The system that they’re playing is certainly not suiting Soldado. You look at a player like Lamela, brought in to replace Bale, he’s no Bale but £30million from Roma and we’ve not seen him.
“There’s so many players in similar positions, wide players or number 10s, there’s five or six of them and he keeps trying different ones each week and whoever he puts in there just doesn’t seem to work.
“You’re starting to talk about buying new players but they’ve just spent £100million and signed ten new players so I don’t think their owner or Daniel Levy in January is going to say ‘do we need players?’
“I think they’re going to be seriously looking at his (Villas-Boas) position and how they’re set up but unfortunately for AVB, I do feel for him because I’m not sure he’s signed all those players.”