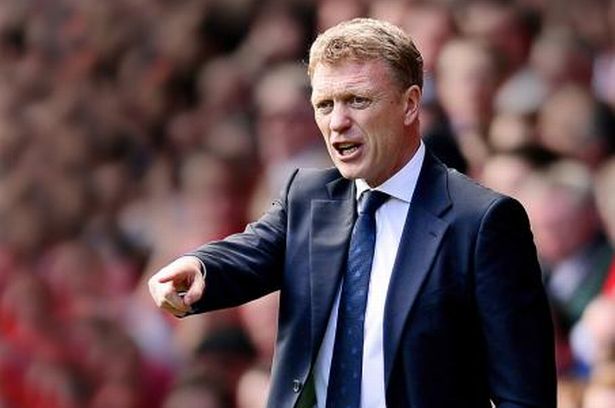 Everywhere you look at Old Trafford you are reminded of Sir Alex Ferguson from tunnels to stands to murals on the walls there is no way of getting away from the former manager as his presence is everywhere you go.

Despite the pressure of the great club sitting midlevel in the table do not underestimate the will of Moyes who do not forget comes from the same school of hard knocks that Ferguson grew up in.

As the January window approaches heads are about to role, and David Moyes will be sure that his will not be one of them as he prepares to sharpen the axe for what could be a copy of the “Red Wedding” scene from “A Game of Thrones.”

Moyes has been very careful with his decisions since joining Manchester United as he prepares to build his own legacy both on and off the pitch.

His first moves were to remove Fergusons back room staff with people that were faithful to him including chief scout Robbie Cooke he trusts will line him up with the new talent he is looking for.

When it comes to new signing Moyes has assured that the money is there saying:  “Is there the money for a big deal? Definitely, 100 per cent,” he said.

“It’s easy now saying it, but we were really, really close to a major signing and the club would have definitely shown what they’re worth. They have the money and the club will spend.

“I’m looking for someone who will be with us for six or seven years. I want to bring them in as soon as I can, but a lot of them may be at clubs in the Champions League or (clubs that) aren’t willing to sell because they’re in good league positions.”

United tried but failed to sign Gareth Bale and Barcelona’s Cesc Fabregas during the summer with Moyes adding: “Ed Woodward (executive vice-chairman) worked really hard trying to make those signings happen but we didn’t quite get there. It wasn’t for the money for sure. The players had chosen other clubs or made their decisions elsewhere. Of course it’s important to finish in a Champions League place, but most people will recognise Manchester United as a club who most years can guarantee Champions League football. Our name can help.

“Elite players probably have the choice of three or four clubs. Manchester United will always be one of them but now there is competition from Paris Saint-Germain, Real Madrid, Barcelona and in this country.”

As the new United boss plans to offload players he feels have underperformed, he is laying down the groundwork for what could possible be the start of a fresh United team that is a team he has built rather than one he inherited.

“I’ve tried to make sure I’ve given an opportunity to everybody,” he stressed. “Not everyone’s had as many as they would have liked but I wanted to see everybody play. I’ve just about done that.

“Maybe we’d have looked to move a few players out (last summer) but you can only do that if clubs come in and are interested.

“I think we’re getting to a situation where there are a few (we would let go) if we got the right offer.

“I don’t know if we’d loan anyone because we’ve got a few injuries and (because of) the number of games I hope we have to play this season. Would we sell? If the right offers were there we’d probably look at it. I’ve now got a better idea of what I’d like to go for.”

One player he certainly will not be selling is Wayne Rooney, yet with the England international yet to sign a new contract Jose Mourinho will be looking on with interest.