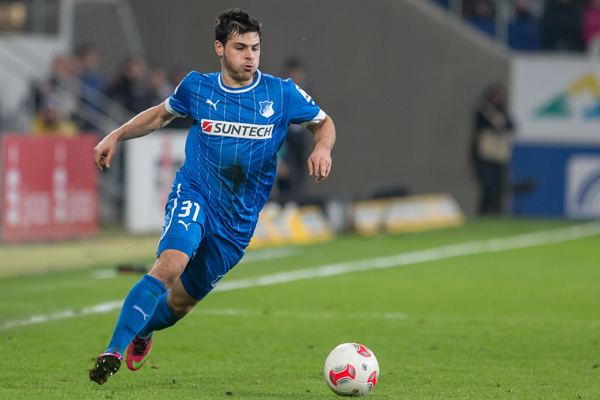 Left-footed Hoffenheim winger Kevin Volland has a contract with the Bundesliga side until 2017, but news of his talent has reached Britain with at least seven Premiership clubs scouting him including Arsenal and Liverpool.

He is a left-footed player blessed with pace and ­dribbling skills and operates on the right wing for his club.

The bad news for the English clubs that are interested in signing him is that just recently Bayern Munich has become interested also.

The now 21-year-old who is rated at £12 million was first noticed as a teenager playing for Munich 1860, before transferring to Hoffenheim where he made 30 appearances last season.

He is also part of the German U-21 national team, and has scored 7 goals in 14 appearances, which has led to speculation that he may feature in the senior team in next summers World Cup finals in Brazil.