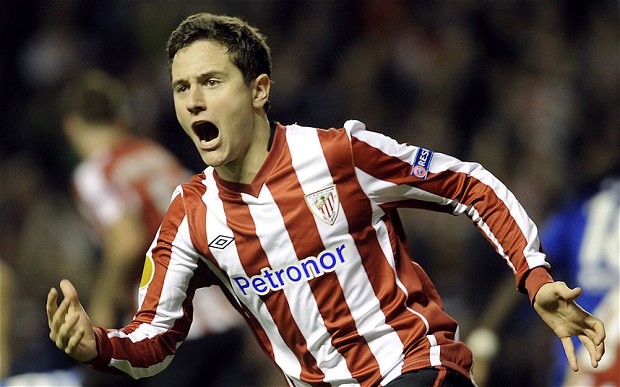 Manchester United  were unable to get a deal done in the summer for the 24-year-old midfielder  due to the fact that United manager David Moyes was hesitant in paying the £30.5 million that would have triggered his escape clause.

There were also worries that Herrera was not suitable to be a first team regular at United which added to the uncertainty.

United scouts will be watching Herrera next week when Athletic Bilbao take on Granada, but it is not known if the scouts were at the game against Real Betis on Thursday night.

After only having signed Everton midfielder Marouane Fellaini in the summer for £27.5 million Moyes admitted last week that the club needs to find two top quality players in January if United are to challenge for the title and progress in the Champions League.

He said that his main priority was in midfield looking for someone who could bolster the attack which is why Herrera is very much back in the Scotsman’s thoughts.