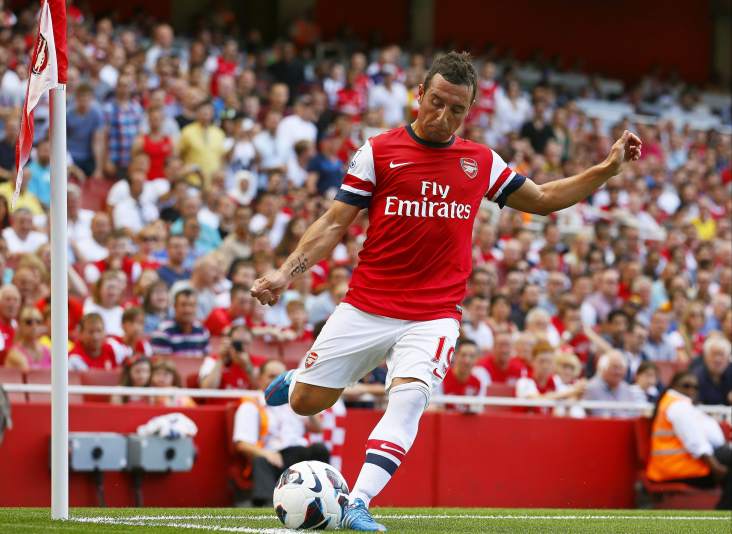 Arsenal midfielder Santi Cazorla hopes to return to the first team ahead of the game against West Brom at the Hawthorns on Sunday, October 6th.

The Spanish international was not expected to be fit before next month’s international break after being out with an ankle injury. The Gunner tweeted: “I will be fit maybe in one week, I hope I can play at West Brom.”

The 28-year-old has missed Arsenals last four matches and will most probably be out for the Gunners trip to Swansea on Saturday, and also the Champions League clash against Rafa Benitez’s Napoli on Tuesday night.

Mikel Arteta managed to play 95 minutes during the Capital One Cup against West Brom that Arsenal finally managed to win 4-3 when it went to penalties following a 1-1 draw.

Midfielder Czech international Tomas Rosicky is also due back to training ahead of the match with in-form Serie A side Napoli.