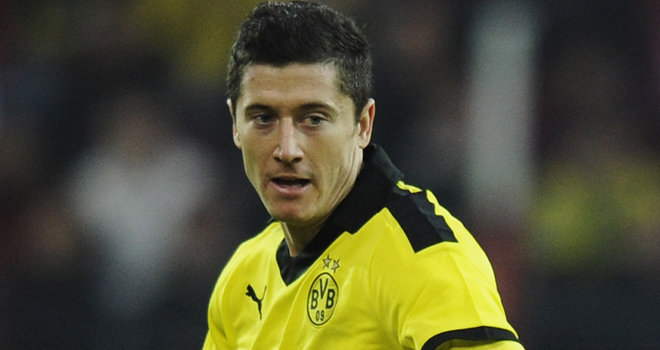 Manchester United had been tracking Borussia Dortmund striker Robert Lewandowski for 18 months and made an offer to the German side of £18 million while Sir Alex Ferguson was still the manager at the club.

New boss David Moyes however is not interested in acquiring another striker feeling that money needs to be spent is other areas of the team.

According the British tabloid the Daily Star United are sure that striker Wayne Rooney will sign a new contract with the club when they resume negotiations in January.

Barcelona and Chelsea still remain interested in the Polish international, while Man United chief executive Ed Woodward is confident that Rooney will remain at the club.

Rooney enters the final year of his current contract in January yet Woodward is confident that he will remain at Old Trafford.

Other Manchester United news is that the club will try and use Brazilian flop Anderson in a deal to try and land Porto’s French international Eliaquim Mangala for a sum believed to be around £30 million.