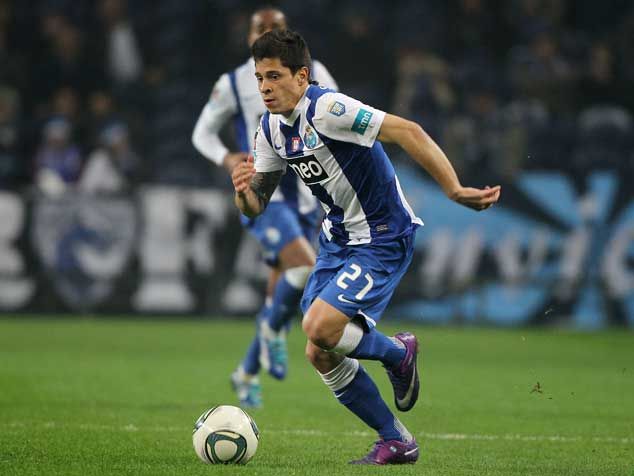 Liverpool are seriously considering making a move to sign FC Porto’s attacking midfielder Juan Iturbe when his season long loan deal to Verona comes to an end next summer.

Liverpool will not however be alone in their desire to sign the young Argentinian with Napoli, Fiorentina and Juventus highly impressed with his performance at his current club.

The U-20 international is being talked about as a young Messi and is on the verge of breaking into the senior team.

The youngster’s ability to take on defenders and set up strikers for goals is just the kind of player Liverpool manager Brendan Rodgers needs to play behind his SAS strike force of Luis Suarez and Daniel Sturridge.

Iturbe is in the shadow of Jorginho at the Serie A club but has been impressive enough to catch the eye of the Liverpool manager who will be looking to fill the place left by the on-loan Victor Moses when he returns to Chelsea and possibly Iago Aspas who is already thinking about moving after failing to adapt to the Premiership.