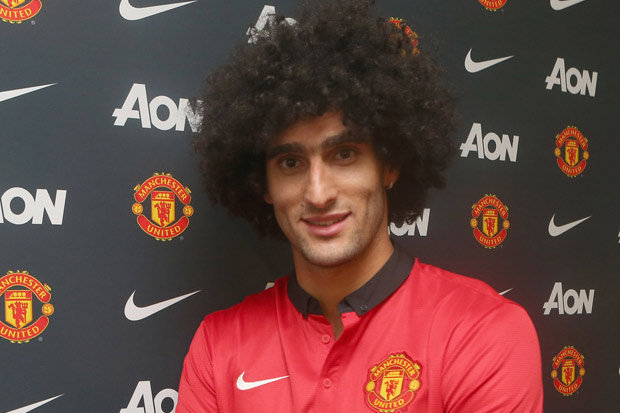 Moyes and chief executive Ed Woodward have come under pressure from the fans for not bringing in the kind of players that had been expected to join the English champions with the exception of Belgium international Fellaini for whom the club paid £27.5 million to Everton.

“Marouane is not someone you want to be playing against,” Moyes said.

“He has attributes other people don’t have. And with those qualities he has, I am sure he will be a big player for Manchester United.”

Moyes has also talked about the big man’s flexibility saying that he does not necessarily have to play him in midfield.

He added: “He can play higher up the field if we need him to, just behind a main striker.

“He can play as a defensive or holding midfield player. In fact he is comfortable in any position in the middle of the field.

“It was definitely a position where people would say we were short, not just of numbers, with the likes of Paul Scholes retiring and Darren Fletcher not being ready to come back just now. I am glad we have got him.”

Meanwhile once the deal was done Fellaini said: “I am thrilled to sign for Manchester United.

“I have known the manager for many years now and I have a lot of respect for his way of working.

“When I was given the opportunity to work with him again, I jumped at the chance.

“I had a fantastic time at Everton and I’d like to thank all the fans and staff there for everything they have done for me.

“But being a Manchester United player is something that every player dreams of and I believe that I can make a real contribution to the team’s efforts to win trophies in the future.”