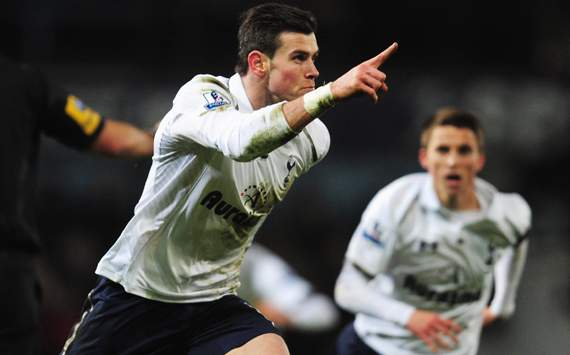 Spurs were heading for a draw against Southampton until Bale’s 86th-minute rocket.

Walcott scored after just 20 seconds to give Arsenal a 1-0 victory at QPR — and third place in the Premier League.

Spurs boss Andre Villas-Boas said: “We have to congratulate Gareth. This player is in outstanding form. He has great ability and is enjoying his football. We’ve been getting late goals recently and that has been decisive.”

Walcott is confident the Gunners can stay in the top four and book their Champions League place.

He said: “Can we win our remaining games? Without a doubt.

“The way we are playing as a unit, we know we are always going to score goals.

“When the pressure is on us, everyone steps up.”