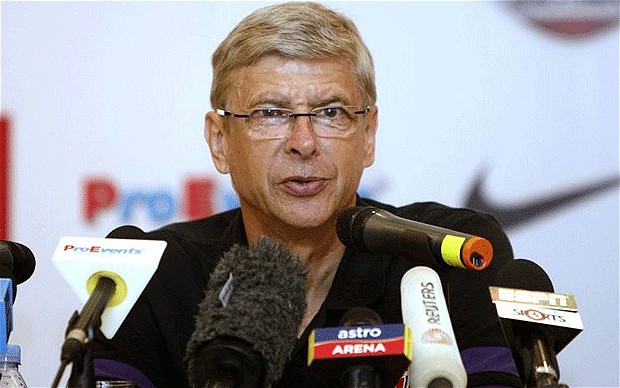 Arsenal manager Arsene Wenger says the combative nature of the Premier League is one of its greatest strengths.

Wenger has called for more protection for his players, although he does not want tough, fair tackling to be banned.

“The physicality of the English game is one of the attractions of it and a strength,” said Wenger.

“Sometimes I watch foreign games and after 20 minutes am bored because every time someone goes down it’s a foul, and you say: ‘Come on. It’s not football’.”

He added. “I don’t have a problem with players who go in completely 100% because that’s what you want to keep.

“We don’t want to lose the strengths and what makes English football attractive, but the intention of the players has to be fair.

“What we’ve seen recently, and what you sometimes only see in slow motion, is players who go over the ball.

“It’s the intention of the player that counts. When a player makes a deliberate foul to stop a player going forward on a counter-attack, that’s a real yellow card.”

Arsenal drew 0-0 against Everton on Tuesday, but Wenger thought Toffees midfielder Darron Gibson should have been sent off for a cynical challenge on Theo Walcott after already being booked.

Wenger believes English football is now taking stronger action against foul play and thinks his own side have had to toughen up.

“It was worse 15 years ago, back then no-one would have spoken about the Carroll challenge, now everything is analysed on television,” said Wenger.

“With players like Cesc Fabregas, at 17 years of age, we were a bit more vulnerable at Stoke in the past than we are today. We were much younger and vulnerable.

“I have seen so many French players complain about the physicality when they arrived in England. I tell them it will take some time, but the intensity of the game will make them better players.”