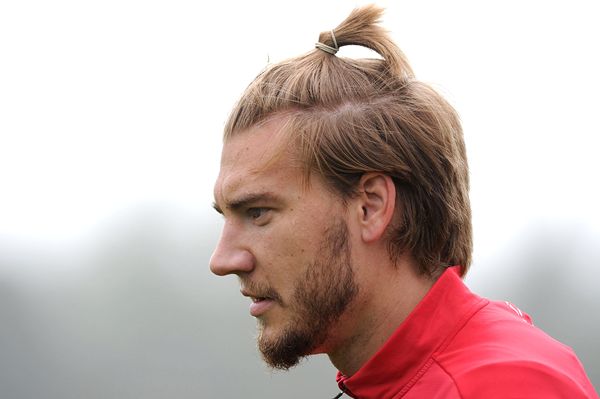 Bendtner had been expected to leave the Emirates last summer following loan spells at Sunderland and Juventus.

Bendtner joined Arsenal as a 16-year-old from FC Copenhagen has made seven appearances for Arsenal in all competitions so far this season, and has not made a favourable impression in any of them despite scoring twice for Denmark when they drew last month with Italy 2-2.

Olsen believes that if the 25-year-old wants to further his career he must leave Arsenal as he does not get enough games.

“Bendtner scored two great goals for us in the game against Italy, but there were also things he lacked in the match and this only comes through playing games”, said Olsen.

“It is for this reason that he should find something new this winter, and so, we know that well. I think he will make the recommendation to himself and that is the main thing. Footballers want to play football.