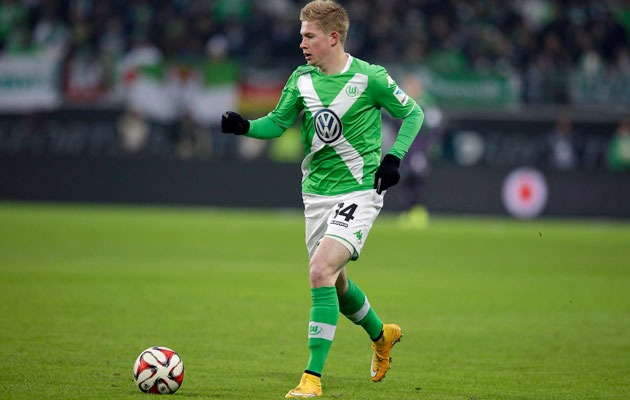 Manchester City transfer target Wolfsburg’s Kevin De Bruyne is to demand an exit from the Bundesliga runners up after learning of a £47 million bid from Manchester City.

De Bruyne has already rejected an offer by Wolfsburg to up his salary to £150,000 per-week, because he already knows that the oil rich club is ready to offer him a five –year contract that will see him make a staggering £200,000 per-week.

City now hope that a deal can be completed in time to allow the Bundesliga assist King to play for them against his former club Chelsea next Sunday in Manchester.