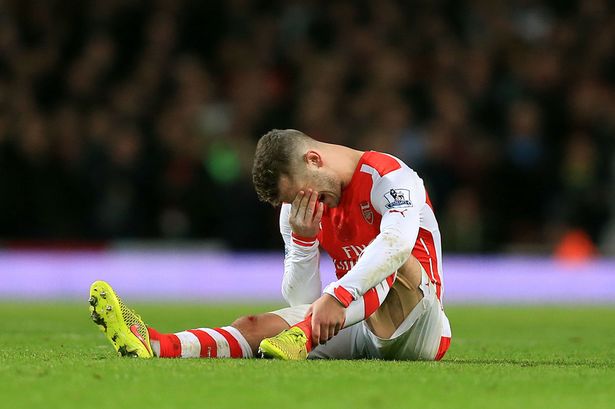 Arsenal midfielder Jack Wilshere has suffered a hairline fracture to his left fibula (the smaller of the two bones that make up the lower leg), which could prove to be another huge blow not only to Arsenal but to the 23-year-old as well.

The main question now, is to decide if the jinxed England international will require surgery or not, and if yes he will be side-lined for at least three months.

Even given the better scenario he is still likely to be out for six to eight weeks as he not only struggles with the injury, but tries to regain match fitness as well.

The Arsenal playmaker missed most of last season with an ankle injury, and must now be devastated to know that he will miss the start of the season.