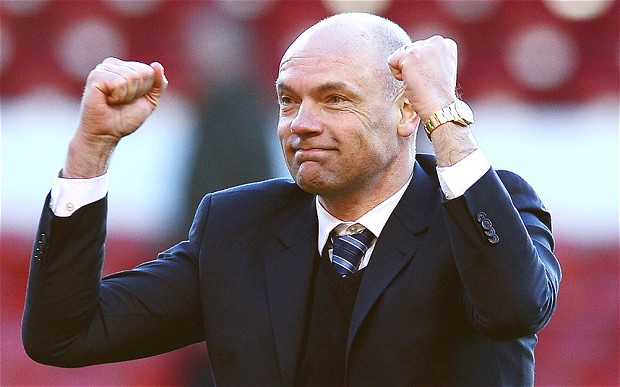 Wigan manager Uwe Rosler has told the Daily Star that his team is going into the semi-final knowing that all the pressure is on the shoulders of Arsenal manager Arsene Wenger as they try to end their nine year trophy drought.

The Championship side will be back in Wembley Stadium looking to knock out yet another Premiership side and continue the clubs remarkable story in this competition.

“We’re going to Wembley and we’re meeting a top team in the Premier League,” Rosler admitted.

“We are the massive underdog but we have presented ourselves so far in a very, very good way. We’ve made our supporters proud and we’re going to Wembley; we can’t lose, we only can win.

“Everybody highlighted the fact Arsenal now really have to go for the FA Cup and win the FA Cup. Their own players said that this week and obviously that puts a little bit of extra pressure on Arsenal.

“There were always positive vibes and positive memories about the cup.

“We had to put a lot in that first round against MK Dons, it went to extra time and we overcame that hurdle. Then we just enjoyed the occasion to meet the Premier League sides.

“My players are used to playing against Premier League sides and they are missing that this season. For them it was always like ‘come on, I can still do it’ and here we are in the semis.”