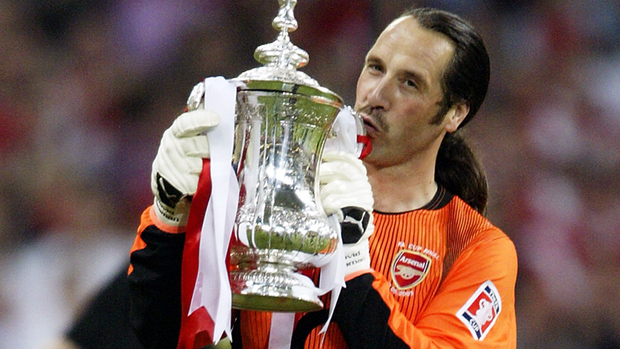 Former Arsenal goalkeeper David Seaman thinks that winning the FA Cup will mean more to the players and fans than it will to finish in the tip four and have Champions League football next season.

The last time Arsenal won a trophy was the very same Cup back in 2009 with the club now having gone nine years without a single trophy, and they former Arsenal shot stopper who himself won the FA Cup four times says lifting England’s most iconic trophy will be massive for everyone.

When talking to the Daily Mirror Seaman said: “I would take winning the FA Cup over finishing top four,” said the former England goalkeeper.

“Arsenal have been in the Champions League since it began. That has – apparently – become nothing. It’s a great achievement, but we want to win something and the FA Cup would be great.

“For Arsenal to win a trophy has been massive for the past eight years. The pressure has been building and everyone has been on the bandwagon of ‘You’ve not won anything.’

“I’m just so desperate for them to win the FA Cup. Win the FA Cup and finish top four then I think everyone will be happy at Arsenal.

“But the pressure is building and it gets harder and harder. It’s just so frustrating. The Emirates is dying for a trophy.

“The FA Cup is still really prestigious. I’ve won it four times, lost the final once, I will never forget the cup final days and even the third round days when you see non-league opponents in there.”

“They are all taking it seriously to try and win it. Arsenal are dying for a trophy, they’re desperate for it. Whether it’s the League Cup, the FA Cup or whatever. Just to win something – and shut everybody up!

“I know people are saying they are hot favourites but Wigan are cup holders and they know what it means, what it takes and last season they were surprise winners, beating Man City in the final.

“Arsenal will have to remember that and approach it with caution. But if Arsenal play their game, they beat anybody.

“My best memory of the FA Cup? My proudest one was my last one for Arsenal, against Southampton in the 2003 final. I was captain for the day. I knew it was going to be my last game. because I was out of contract.

“But to go up there as captain, win a trophy and lift it for your club is just an awesome experience.

“If they win the FA Cup, that’s so important. The most important thing is the winning of a trophy. The next thing is qualifying the Champions League. That brings in players who want to come and join your club.

“If they can make signings like they did at the start of this season with players like Özil, if they can add to that with similar quality players then they can have another great year next season.”