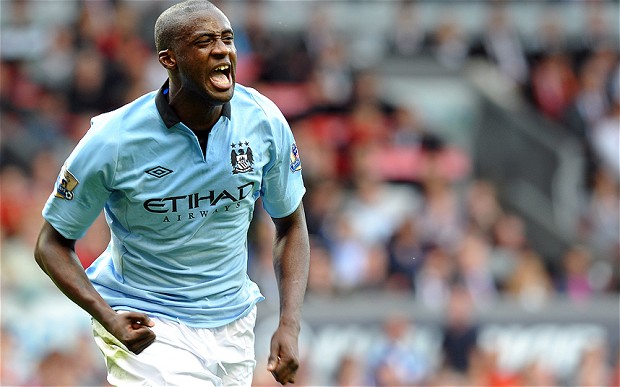 Talking to Manchester City’s YouTube channel Yaya Toure revealed how he failed to impress Arsene Wenger at Arsenal because the Frenchman did not think he could become the next Patrick Vieira.

Yaya was very close to joining his brother Kolo at Arsenal following an impressive trial but listening to the Ivory Coast international tell the story it was more his failure to convince Wenger that he was a box to box midfielder rather than the striker Wenger thought he was.

“When I was in Belgium, I went to Arsenal for a couple of months to give me some training and I remember my first chat I had with Arsene.”

“He asked me, ‘Which position do you want to play?’ I said ‘Midfielder.’

“He said, “Why? When I saw you training, for me, you looked more like a striker.’

“I said, ‘that’s why you always put me up front, move me, I want to play in midfield like Patrick (Vieira). I said ‘I can play like Patrick, I can be better than Patrick’ and he said ‘No, no, it’s impossible.”